Crosses and stars of the Nordwikstroi

Not much has been written about the NorilLag in the past two-three years, although it is quite obvious that we are only beginning to move closer to this difficult and tragic issue. Even more obvious is the fact that we have virtually no knowledge about the other camps in the Taimyr area. It's not just about the Norilstroj camps - fragmentary information leaking out of the "special surveillance" archive still becomes the property of the public. A much more opaque veil was the "secrets of the history of the no less large complex of objects of the working front" - the Nordwikstroi.

Of course, the information available to us is far from being complete - some geographical characteristics, the memories of a few eyewitnesses, personal impressions resulting from visits to the camp ruins, photographs ...

Well, the Bay of Nordwik. Partly its shores belong to the Taymyr peninsula, a large part - to Yakutia. At the 73rd parallel. The Laptev Sea. Hilly arctic wasteland with buildings looking like skeletons, rusted objects everywhere. On kettles, accumulators and even screw-nuts - Latin inscriptions, on ebony parts - extensive inscriptions in English. Cans of American lard.

The Bay of Nordwik - this is exactly the middle of the Northeast Passage. During the Great Patriotic War, the Allies bunkered here ships with domestic coal, which left with cargo loads under the lend lease contract to Murmansk.

Nordwikstroj and Norilstroj had a lot in common. Here and there, mines were built, intensive geological research was carried out and forced laborers were deployed. Between Norilsk and Nordwik there were regular scheduled flights. Occasionally, those who had become guilty of something in Norillag were sent north to be reeducated, and most of the time, they suffered a slow death there.

Pilots are amazed at the number of crashed planes along the route - transport planes, passenger planes, and airplanes that used to serve the lend-lease agreement ... Eyewitnesses remember that prisoners were transported by planes of the "Douglas" and LI-2 types. In addition, "doomed prisoners" were kept in the fuselage during the flight, fixed with tie down straps, where they were exposed to the danger of being treaded down. For this kind of flights the used the most worn aircrafts that had seen many repairs yet. t is said that the crew and a few security guards had parachutes at their disposal, so not every pilot was worried about the life of his plane or the cargo.

... Next to the camp - a huge cemetery. The numerous passenger flights were declared with the usual justification that there was always a shortage of workers at Nordvikstroi. Until the mid-fifties, the cemetery was in exemplary condition. Not at all points, of course. The memorial stones on the little hills were made with artistic ingenuity, the foundations stood out in their splendor – The dead buried below them are - guards, government officials. The simple civilian employees and exiles just have wooden pyramids and mourning crosses on their graves. Thousands of prisoners were not honored with personal burials at all . The border with which they had been separated from the others during their lifetime persisted even after their death.

The war was on. The United Kingdom and the United States supplied us with war technology, from us they received raw materials - for their production. In the huge naval bases of northern Norway, the fascists concentrated their armed fleet. Torpedo aircrafts and fighter-bombers attacked convoys of the allies almost daily. The losses were catastrophic; the sea lane that passed Scandinavia turned out to be practically cut off. And the ships went to Murmansk from the east - passing Nordwik. The "boom years" of Nordwikstroi came in 1944.

Mine workers chopped coal for the heating systems of the steamers. Here were repaired ships that had been damaged by floating ice sheets, here they filled up drinking water supplies. There was also a salt mine in Nordwik, and the salt, as is known, was outweighed by gold but ammunition in the years of the war. Allied ships anchored in the bay, waiting for a normal ice situation in Vilkitsky Strait (the strait separating the Taimyr peninsula in northern Siberia from Severnaya Zemlya archipelago.).

The price we had to pay for our victories is a very bitter and immeasurable one. How many people remained here - in the cold northern soil? We read the surnames, the commemorative text on the copper plates of the graves of security guards, specialists, shock workers, civilian employees. We try to count them and - miscount. The number of those buried in mass graves is ten times as much. It is not easy to judge about what happened in those times. Some people say it would have been difficult to realize a smooth, trouble-free maritime communication and take a different, less sacrificial path instead. The cemetery in Nordwik, however, also filled up after the war abundantly. More than half of all date displays on the memorial stones and crosses indicate the years - "1947", "1949" ...

We left Nordwik with a heavy heart. We thought of returning there soon, but then travelled to Dikson, where, at that time, a publisher from the American place od Dickson, William E. Shaw, was supposed to arrive. The friendship of the two Dicksons - a distant echo of the ancient cooperation between our countries. The friendship consolidates and develops. A memorable milestone in its history - the crosses and stars of the Nordwikstroj. 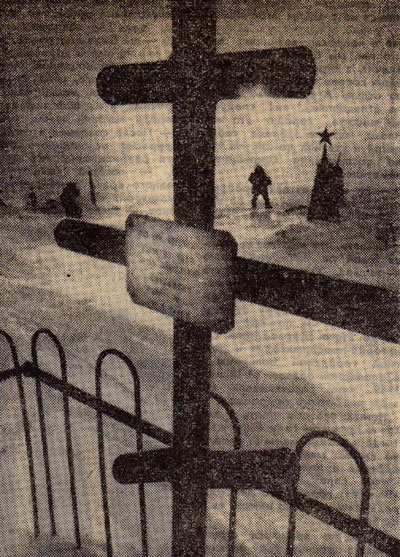 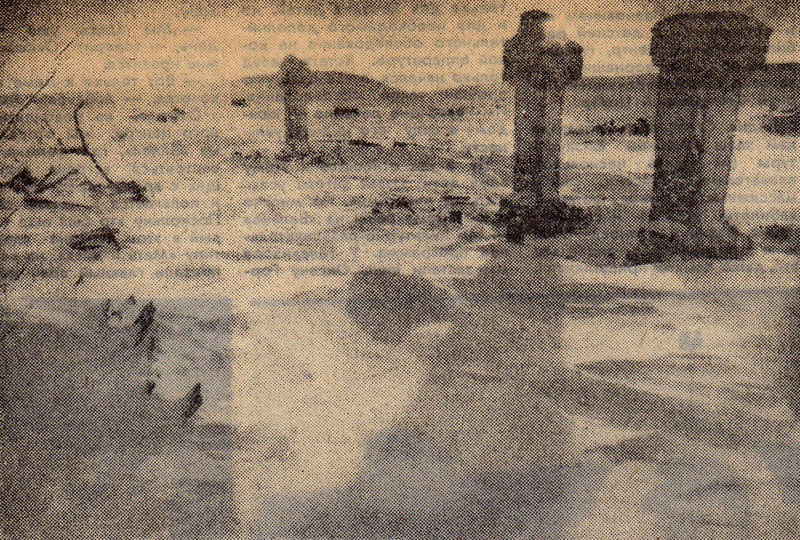 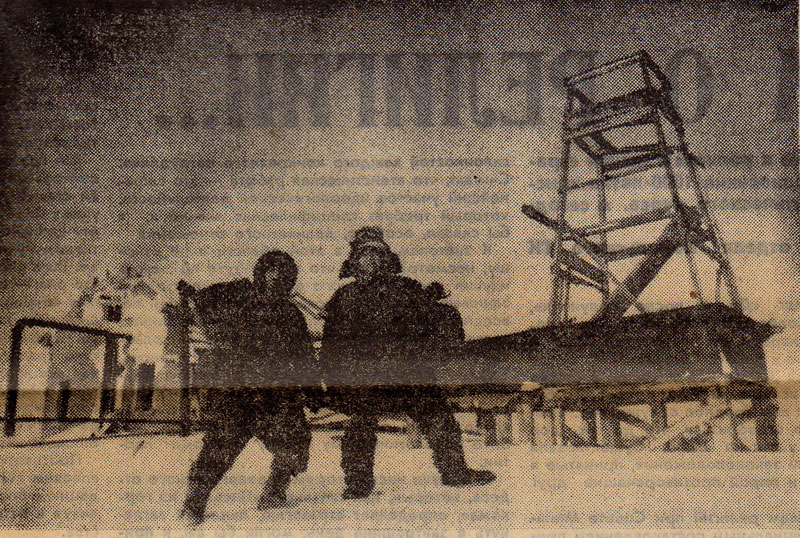