A day full of bitterness

500.000 persecuted persons passed
through the Krasnoyarsk region.
The 30th of October – the day to commemorate the victims of
political persecution

A meeting of remembrance took place in Krasnoyarsk on Sunday 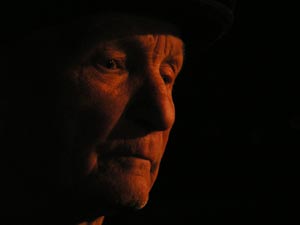 On this very day the ice on the skis would not thaw for the first time. And darkness set in one whole hour earlier than usual. As if this had some kind of a symbolic meaning on this special day …

The conductor of the concert, which took place in the Little Hall, made a mistake:

- Let us again revert to the subject of this FESTIVE DAY! – And she did not even notice this slip of the tongue.

She used these words right before the sounds of the song “Chernyi voron” (“Black raven”; also: “Black Mary”; translator’s note) were heard.

Maybe they did right to present such a light musical program, with short Russian folk songs accompanied by the cheerful clicking of heels. It was quite an unusual and very touching moment, when the soloists of the Folk Song Ensemble made the listening women of the first row turn round to the strains of “Mum’s Waltz”. And the sound “My sunshine – my grandma” by Sergey Trusov was a great proof of love to all grandmothers in the hall …

After the concert the whole “transport” (to be understood as an allusion to travels of prisoners under escort; translator’s note) moved off to the memorial stone in front of the Museum of Culture and History. Some time or other there will be a real memorial in Krasnoyarsk. Until then – and this is much more important – the Books of Memory will be published. The first volume is already available, the second is going to be presented within short, the third is already being under preparation. We must deeply bow to the self-sacrifying fighters of the “Memorial” organization – for their long-standing work and efforts. And because they prevented a Stalin monument to be erected in our town. 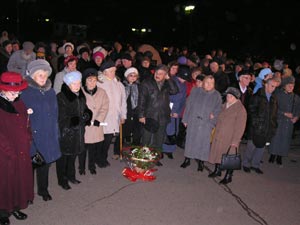 The chairman of the “Memorial” organizaton, Aleksey Babiy, who opened the commemoration meeting, said in bitter words:

- Fifty percent of the questioned population were not against such a monument. Well, as far as the Communists are concerned, such an attitude is comprehensible yet, but what about all the other people …. ? Does our people want to make the same mistake once again? …

The number of those, who were witnesses of the year 1935 and the years after, is decreasing continuously. Here, in front of the memorial stone, mainly gathered the children of persecuted persons (by the way, the vast majority is in possession of valid documents, for at that time even babies and small children had to get registered at the commandant’s office in regular intervals!). Everybody in this crowd is looking back at his life, his life history, which destroyed his body and mind …

They will never forget 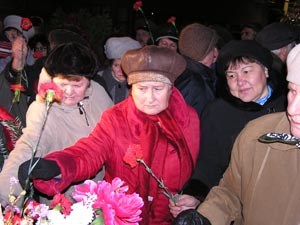 - Dad was a well-known conductor; he conducted the Orchestra of Folk Instruments, - reports Marina Georgievna Volkova, member of the “Memorial” Organization since 1988, author of the articles “The desecrated belief”, “A reqiem to mental genofond” and “The unattempted assassination”, pblished in the Book of Memory. – My uncle, Mickail Vasilevich Lisovskiy managed the Club of Inland Navigators and was at the head of the “House of Teachers’” collective. They were executed in the autumn of 1937. My aunt was sent to prison, the children were taken to children’s homes. Mum and I took refuge in Rostov-on-Don before they came to arrest her, as well. At the end of the war we returned to Krasnoyarsk. In 1948 I took my examinations to be able to study at the Institute of Pedagogics. I passed them with distinction, but they refused to take me. They recalled my father – an enemy of the people, our life during occupation. At that time I had my first heart attack and hardly escaped permanent paralyzation. Later I joined the Institute of Forestry and Technology (there they would not delve into every detail of people’s personal particulars) and was the only nonmember of the Young Communist League. Every single wave of repression took its toll of us. Mum, a mechanic by profesion, was dismissed as soon as she had gota new job, but we somehowhad to live on. Survive … 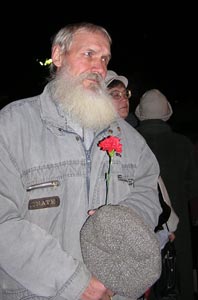 - Father, who was working for the railroad company, was arrested on the 6th of February 1938 – remembers Valentina Nikolaevna Kapachinskaya. – I was 8 years old then and do recall everything very well. He was executed on the 26th of February, but I only learned about this recently. When they started to rehabilitate people, I sent several applications to Molotov and received the following reply: Your father died from cancer of the kidneys in 1949.

We lived in the village of Novonikolsk, Mana district; a couple of Poles lived there, too. They were all arrested at the same time. All, whose family names ended with “-skiy”.

- My father was an Estonian, - reports Boris Heinovich Leet. – He was an officer, who had come from France to the bourgeois Estonia before the war. He served in the Red Army. In 1944 he was sent to internal exile to the river Angara, a place called Kezhma, “because of his nationalistic convictions”. His family did not follow him. He got married in Siberia, and later I was born there, too. From Kezhma we moved to Krasnoyarsk, where my father was buried in 1973. I always carry his photos around with me. In these pictures one can see the true life of true people.

After the meeting the crowd gathered at the railing of the quai. At 6.20 pm burning candles were lowered to the Yeniosey, as well as a wreath which, unfortunately, could not be ssen in the darkness. The little flames of the candles, however, shone in the darkness of the night. They were visible over a long distance. Fivehundred candles – for half a million of politically persecuted persons passed through the Krasnoyarsk region. Each little flame – symbolically representing onethousand individuals.

The citizens of Krasnoyarsk recall political prisoners and special resettlers 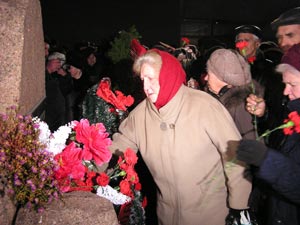 Among them there were: