Yekaterina Augustovna recalls that she was born in the village of Skatovka, Saratov Region. Her parents (August Genrikhovich, born 1910, and Yelisaveta Genrikhovna, born 1912) as well as their three daughters were deported to the District of Karatus, Krasnoyarsk Territory, in September 1941. Our respondent was the eldest child in the family. Two more children were born in Siberia (Viktor in 1950 and Masha in 1953). Other relatives also happened to get to Karatus District – the father’s brother and his family was resettled here from Skatovka, too.

Due to the fact that she was still a child at that time, our interview partner can hardly recall her period of life on the Volga. She sees fragmentary pictures of the house and the little farmyard on the Volga in front of her eyes; and they had also owned a cow. Older members of the family recalled the day of their forced resettlement very well. They were given no more than 24 hours to bundle up their belongings. They were loaded on already entirely crowded cattle cars and left for Siberia. Yekaterina Augustovna does not remember whether they were provided with any necessary things upon their arrival there.

In the course of the interview it turned out that her family had been quartered with local residents, for otherwise there had not been any free living space. The only alternative at that time was: „Feel free to live on the street then“.

During the war years her father and brother were mobilized to the labor army, however, she was not able to say, where they were taken to and when this had happened exactly. In all likelihood they were in the well-known camp Y-235 near Reshoty train station and in the region of Sverdlovsk. The parents later reported that there was no need for their children to learn details about the labor army. Hence, their remembrances refer rather to the post-war period.

Sometime after the resettlement the family found herself at the gold mines in Vyerkhniy Amyl. They managed to acquire a cow; the „cowshed“, however, had to been dug out of masses of snow first. And after this had been done, they built a fence from birch trunks. During the first time Yekaterina Augustovna did auxiliary work for the baker’s shop (she rearranged cake pans, greased the cake molds and mopped the floor), later she did mining work. When the mine was closed, the family removed to Sagaiskoe, where they bought a little hut. The father worked for the kolkhoz farm - he carted water and schnapps by horse. The mother helped with the tobacco crop. Upon arrival in Sagaiskoe, Yekaterina Augustovna also got a job on the tobacco plantation: „We folded the tobacco leaves into layers, hung them up and then delivered them“. Later she was working as a milkmaid for many years, until she finally went on pension in 1991.

The parents accustomed themselves to the new surroundings in Sagaiskoe. They kept a cow, poultry (chicken and geese) as well as a lamb.

In 1959 Yekaterina Augustovna got married to the German Daniel Davidovich Gartwich (Hartwig). At that time, Yekaterina already had a little daughter called Emma; nonetheless Yekaterina Augustovna‘s parents and her grandmother were against her marriage with the child’s father. They were only willing to accept a German son-in-law. They absolutely consented to her marriage with Daniel Davidovich. Two children were born to them - son Andrei and daughter Anna. By the way, within the Staitz’s family only the youngest daughter Maria got married to a Russian fellow; the other all chose themselves a partner from among German faces.

Yekaterina Augustovna lived 50 years with her husband. Their children have their own families and live with Russian partners. Just the eldest daughter Emma got married to a German.

Yekaterina Augustovna‘s parents did not believe in God. But her grandmother preserved Lutheran religious traditions. She used to pray at home. She would often gather with other German re-settlers in one of the homes on Sundays („Vsomlong“; meeting in German dialect; translator’s note.). On such occasions they sang folksongs, knitted, read in prayer books. Yekaterina Augustovna’s mother-in-law was a deeply religious person, as well. She and her children had also been deported from the Volga Region at the beginning of the war. She copied religious texts into exercise books („Ksonpuch“; songbook; translator’s note), which she afterwards used to read over and over again. The mother-in-law implored her to later bury her with these notebooks, which was against the existing German tradition („The Word of God must never be buried in the ground“). She had the opinion that the „Word of God“ would be of no value to her descendants, who did not preserve religious habits.

For the preservation of German traditions the elder generation played an important role. Hence, Yekaterina Augustovna‘s grandmother remained the most significant bearer of the German language within the family. The parents learned Russian quickly, and the new language gradually replaced the mother tongue when family members communicated with each other. The grandmother, however, spoke Russian badly. For that reason she always used to speak German with her children and grandchildren. Due to this circumstance they were able to communicate with each other for a certain time in their mother-tongue. By the way, the grandmother had also managed to bring along a couple of religious books from the Volga, which she kept carefully.

Yekaterina Augustovna recalls that the relation between re-settlers and local residents proved to be normal: „They did not insult us“, „We were working together“. Russians and Germans were in friendly terms.

Grandmother and mother would often cook German meals: strudel, cake, potato soup, sweet soup from buttermilk. Yekaterina Augustovna also liked to prepare such meals, and she also taught her children German cooking. Many locals adopted the recipes for the delicious German dishes and, as they admit, modify them into a „slightly Russian way“, but with an explicit hint to their German origin.

Some of Yekaterina Augustovna‘s relatives left for Germany in the early 1990s, but they are not really content about life in their historical homeland. They admit that in Siberia „even the air is completely different“– better and freer”. Yekaterina Augustovna never thought about leaving for Germany: „I settled well here“. And the children have organized their lives and do not want to leave, either. „We got accustomed to living in this place“.

In spite of her ripe age, Yekaterina Augustovna has preserved a lively mind and optimism. She considers the Karatus District the native soil for herself, her children and grandchildren. 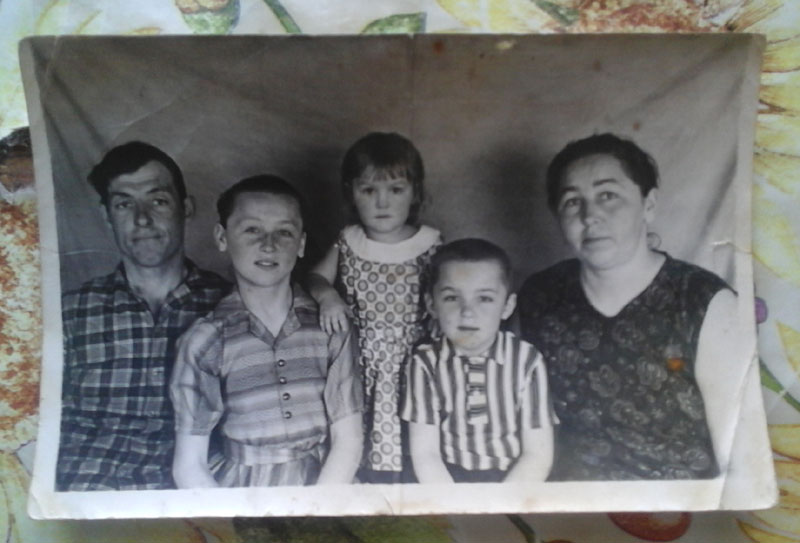 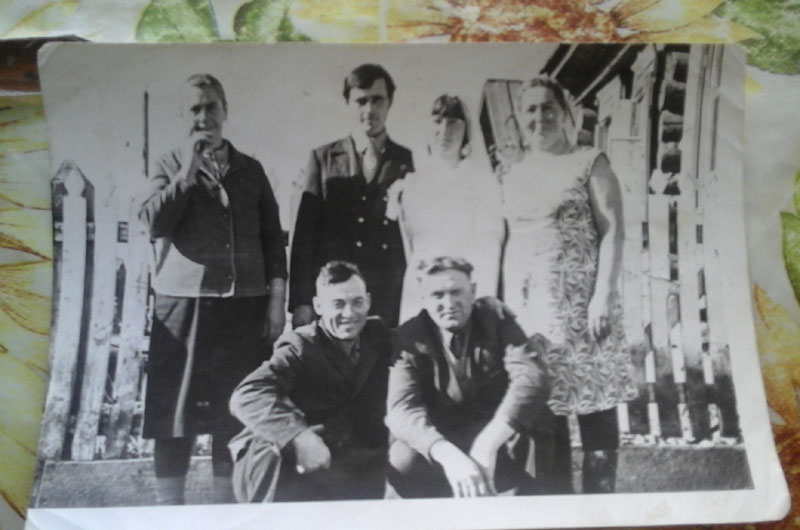 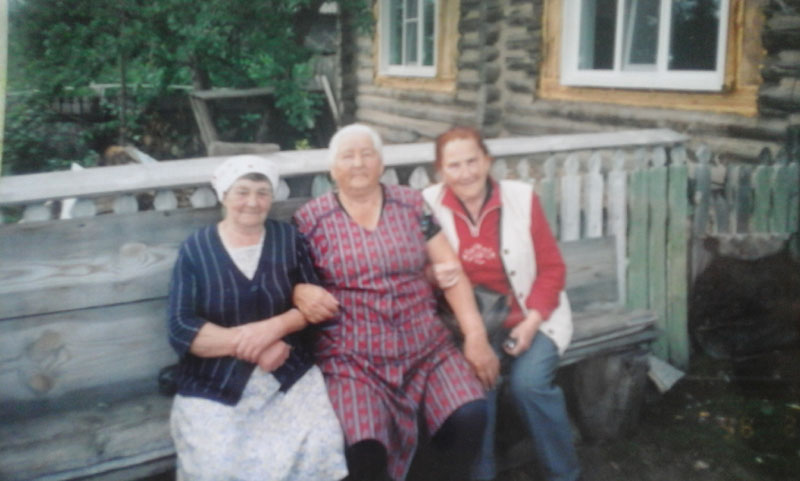 Yekaterina Augustovna with some relatives

The interview was held by Yekaterina Zberovskaya.

Expedition of the V.P. Astafev State Pedagogic University Krasnoyarsk and the Krasnoyarsk „Memorial“-Organization on the project „Anthropologic turn in social-humanitarian sciences: Methodology of field research and practical experience in the realization of narrative interviews“. (Sponsored by the Mikhail-Prokhorov Foundation).