10th Expedition of history and ethnics

The expedition was carried out by Irina Nikolaevna Moiseeva, teacher of
the Russian language and history from Yeniseysk (School N° 3).

The shape of the geographic map of the Krasnoyarsk Territory, where we live, reminds of a tensely rolled document. And you have to categorically read this „document “ to be desirous to add your own lines.

The 10th expedition of history and folklore took place in the settlement of Krivliak from July 5th till July 20th. 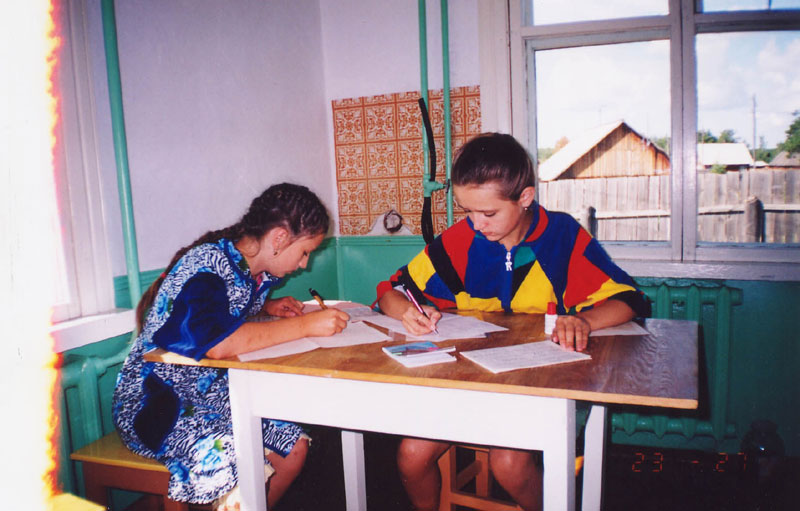 What kind of an expedition is it? 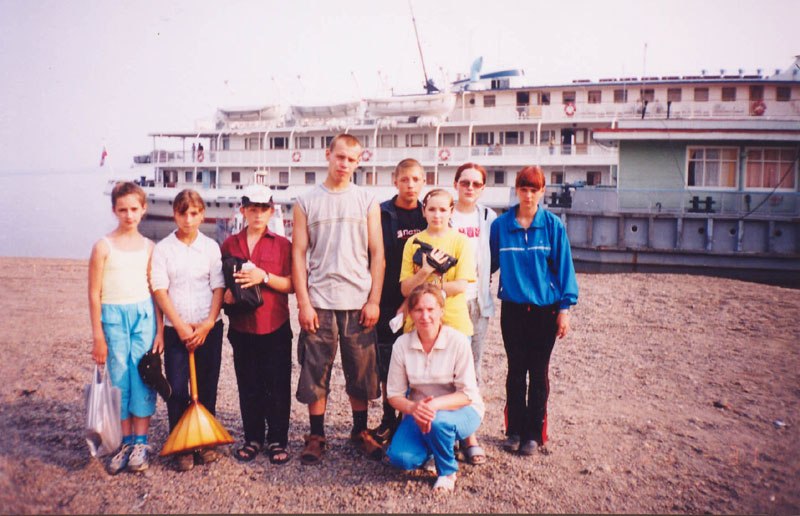 Tasks of the expedition participants:

А) Gathering of ethnic materials –179 traditional humorous folk songs were written down.
B) Publication of materials, which had earlier been collected during concert activities. Petrov’s Day. They walk through the village in glad-rags, offering milk rolls and sweets, sing songs, perform their repertoire and , at the same time, take notes of short rhymes which are popular in the settlement of Krivlyak. Kristina Gelzenlichter, Ella Gelzenlichter, Julia Chudinova, Slava Moiseev. 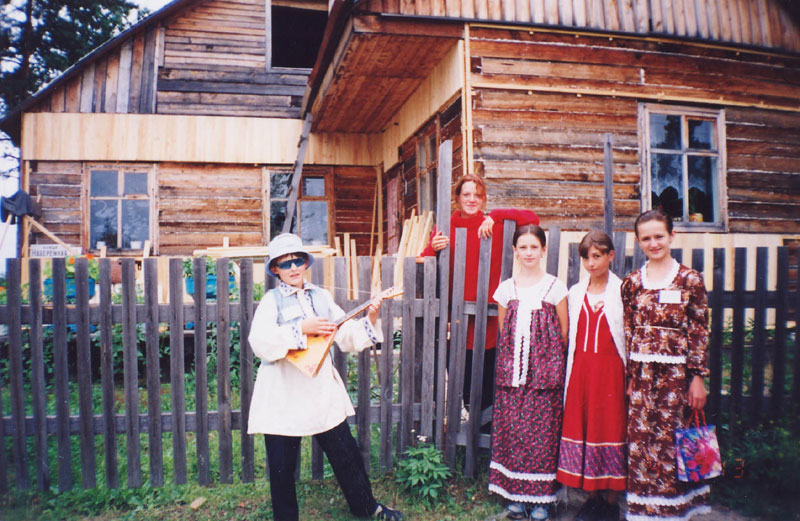 C) Gathering of materials of historic character (foundation of the village, exile, etc.). 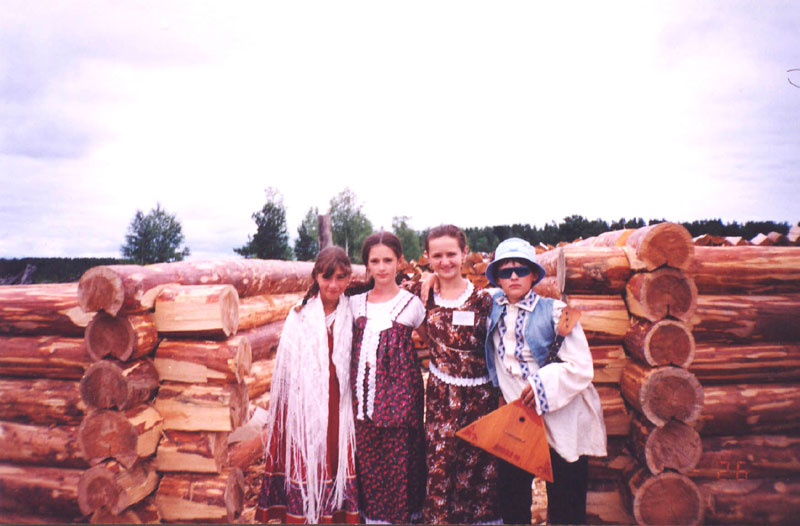 In the course of the expedition we learned that Krivlyak was founded in 1928 by S.P. Perevoschikov und 20 re-settlers – in the place of a Tunguse nomad settlement. For many years Krivlyak was a place of exile of numerous dissenters. 1930 – a big party of exiles from the Voronesh Region arrives, whose family members then founded the „Comsevput“ kolkhoz.

At a distance of three kilometers from the village there is a lake bearing the strange name of Sibulon. For children it is a place , where they can bath and swim during the summer; the elder generation, however, associates it with those horrible years of political repressions.

According to what long-time residents tell, the Sibulon Camp was situated here from 1928 until 1930 (approximately), where political prisoners were kept, as well as criminals.

In 1948 a train from Lithuania arrived in Krasnoyarsk with a great many of people (about 1000). Some of them, ca. 50, were let off in the settlement of Krivlyak (we find some of them in the lists of those who later received their rehabilitation). 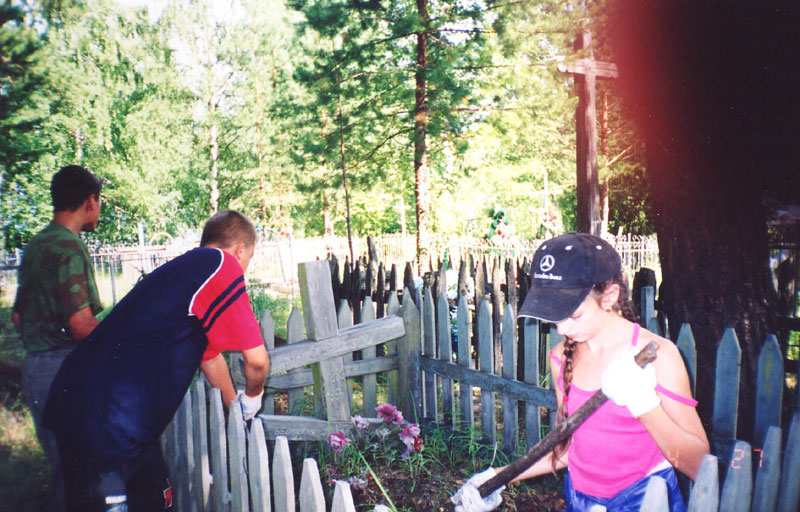 The children work on the cemetery, in order to either tidy Baltic graves (as can be judged from the inscriptions made in Lithuanian language), or just graves, where it is impossible to determine who was buried in them. The most important thing is that a human being has been buried here, and his last resting-place is supposed to look fit for human beings. 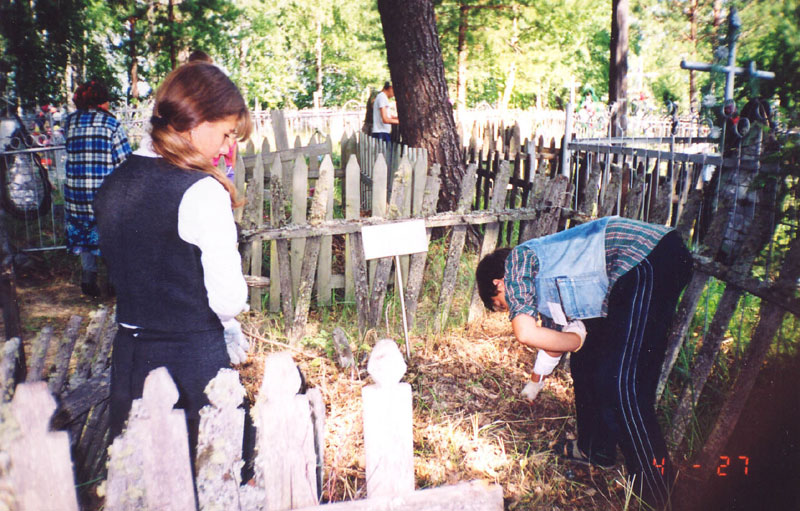 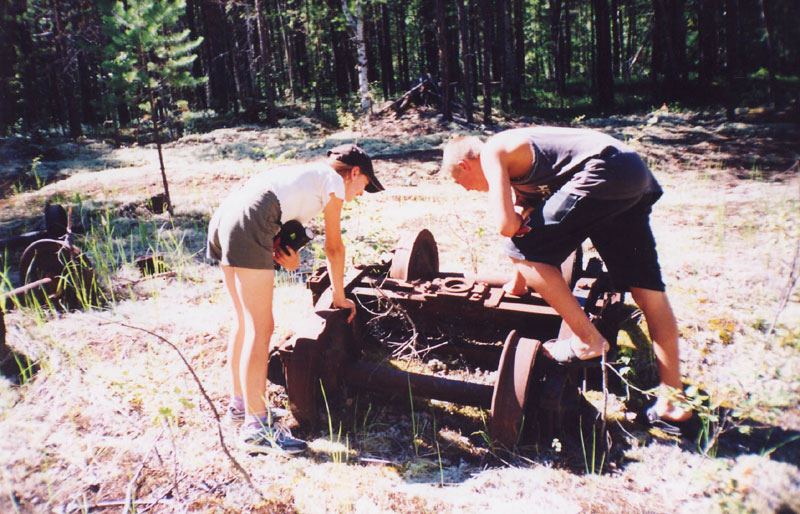 Pasha Kolesov and Kristina Gelzenlichter next to a «big iron one in the forest». This is the very place, where they laid the tracks for the narrow-gauge railway line, which was of importance to the inhabitants of Krivlyak. It was built by 25 exiled Lithuanians and local residents.
The railroad line was used until 1957 – alternately to transport wood or workers.
The children are looking at parts of former tracks and a little locomotive.
D) The boss is helping old people, who were once repressed, exiled. 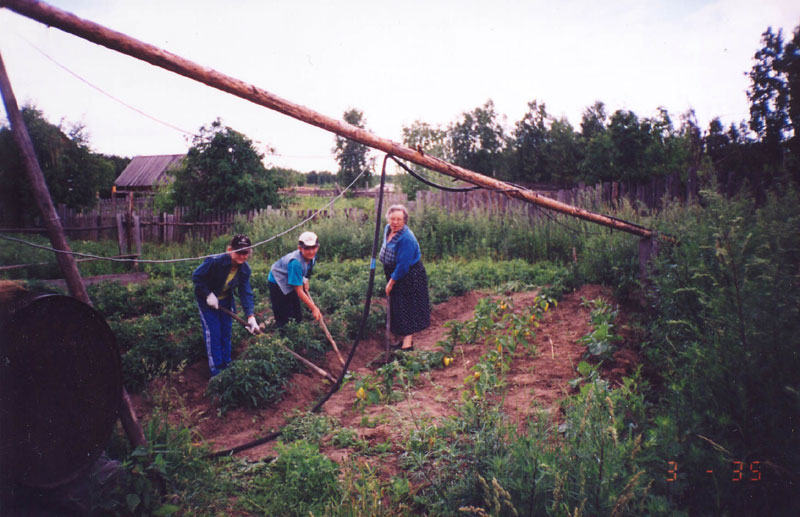 An absolute must of any expedition is the action „Have a heart of gold“. The children accumulate potatoes, water vegetable patches and flowerbeds, chop wood, pile up firewood. 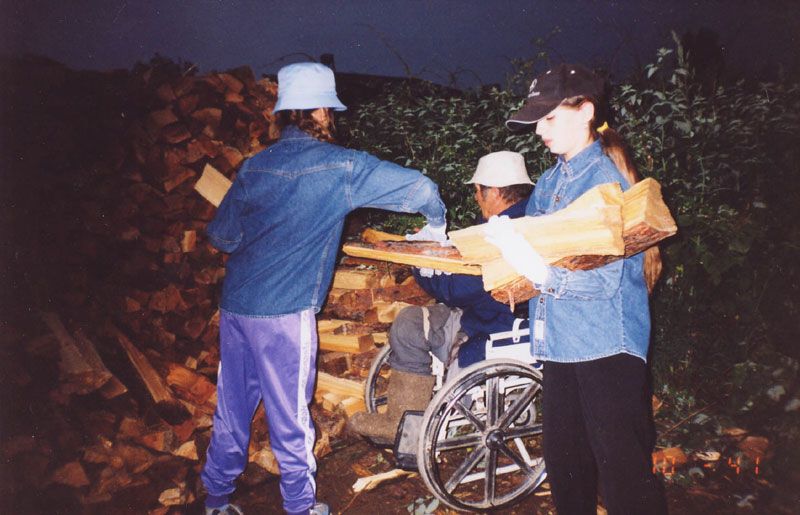 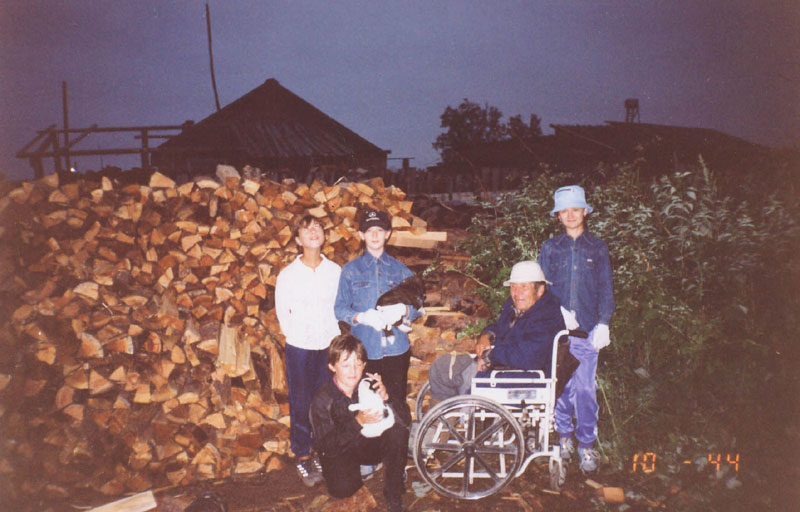