Olga Vasilevna Kulshmanova, head of the national-cultural autonomy of the Germans in Krasnoyarsk, and Irina Sergeevna Kosmatova, head of the department of
culture and cinematography with the administration of Bolshemurta District. 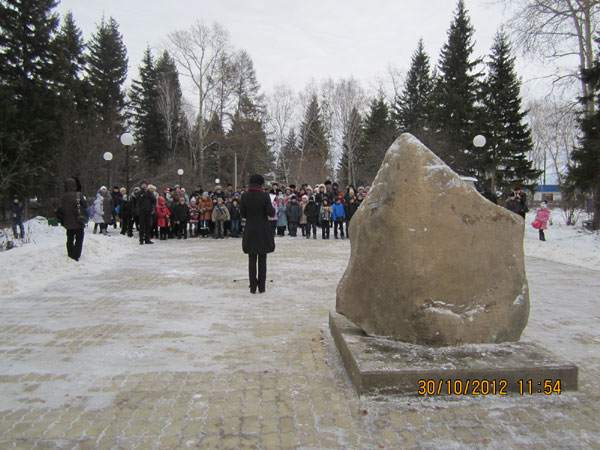 People gathered at the memorial place 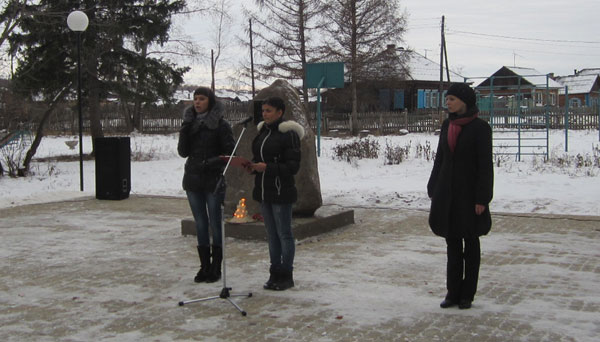 The deputy chairman of the Krasnoyarsk „Memorial“ organization, Valeriy Ivanovich Khvostenko is holding a speech The memorial stone was put up in Bolshemurta Park. It was erected by aid money
resulting from a competition of socio-cultural projects.
The stone is from here, while the tablet bearing the inscription was
ordered in Krasnoyarsk. 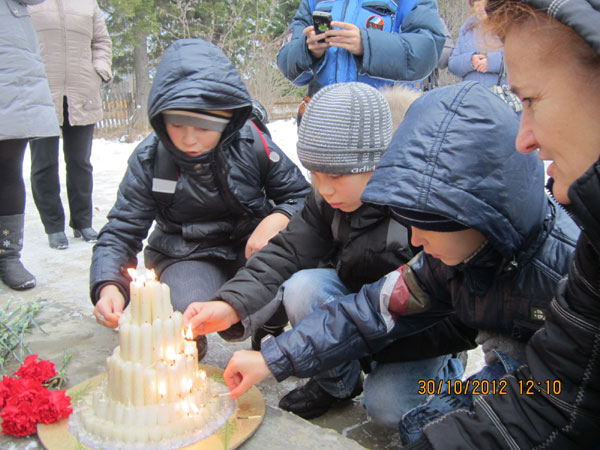 Exhibition in the House of Culture

In the foyer of the House of Culture there was an exhibition about German everyday life in those years, the Book of Memory in commemoration of the victims of political repressions as well as numerous bills. German women baked delicious national pastries. 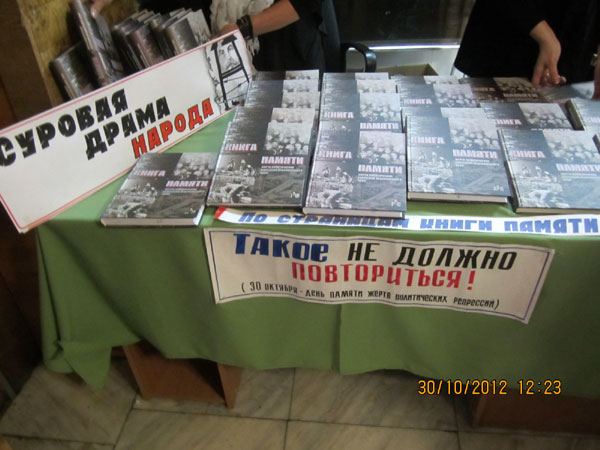 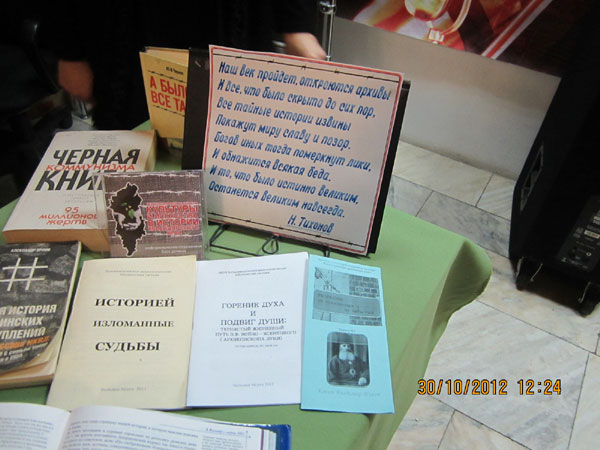 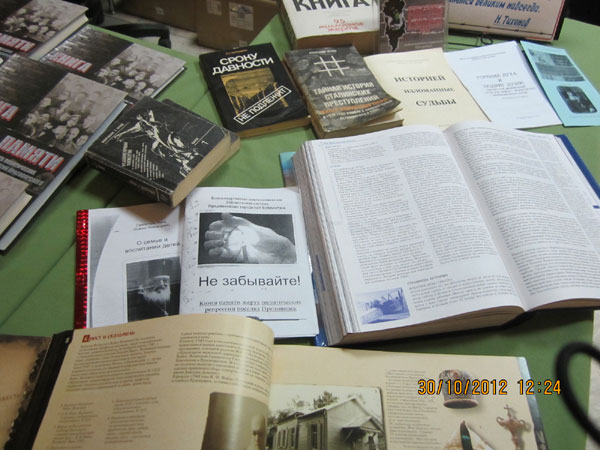 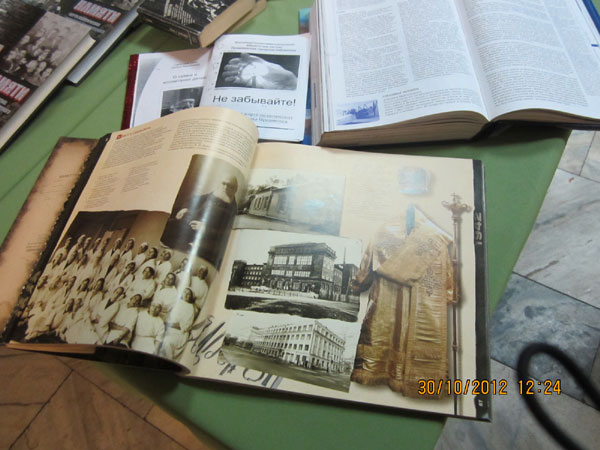 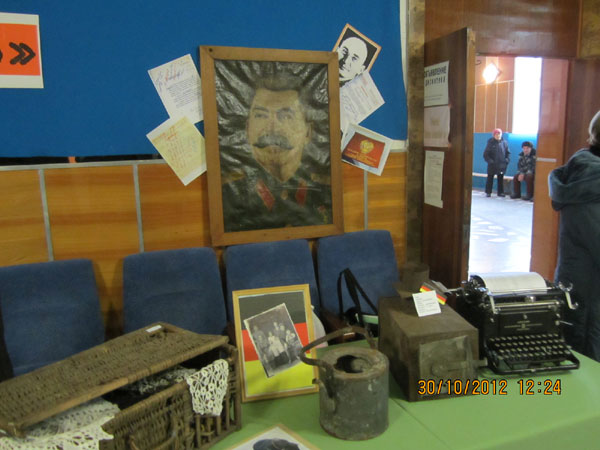 The touring exhibition of the international „Memorial“-organization
even reached Bolshaija Murta. 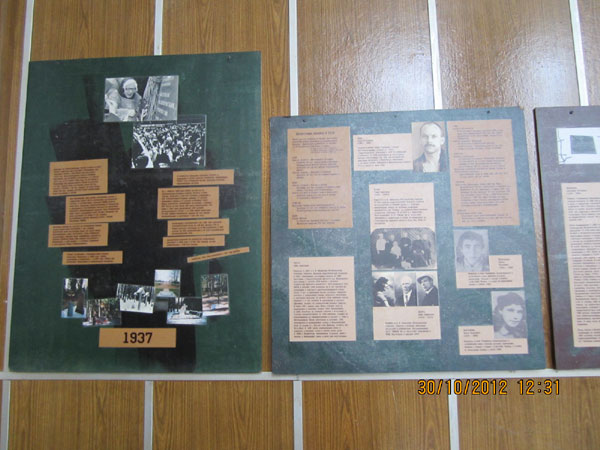 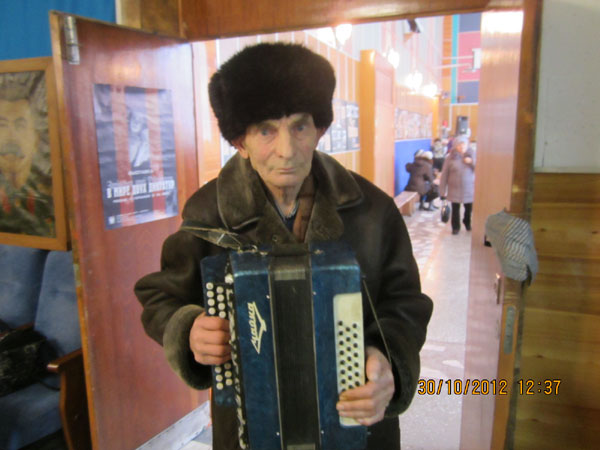 Vladimir Adamovich Ebel. He played in the foyer of the House of Culture, where all visitors
went to after the meeting. He is German, and he was deported at the age of one, together with his parents, from the Saratov Region in 1941.
Video (10 MB) 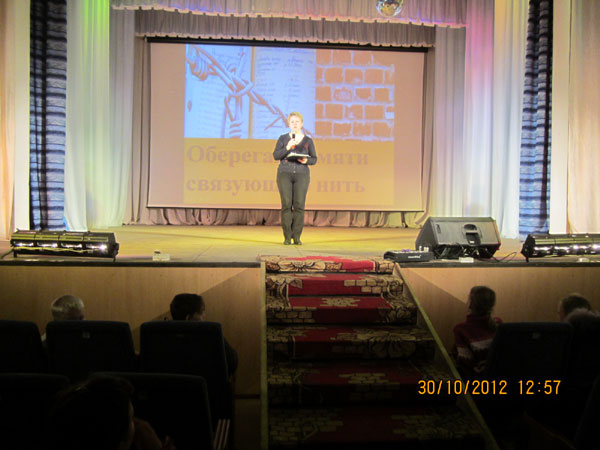 Valentin Nikolaevich Kharitonov, director of the House of Culture in Bolshaia Murta