The „Lebyazhinsk“ memorial stone looks back on a wonderful history. Pensioner Aleksander Yakovlevich Fialkovskiy had given thought to put up this memorial stone in commemoration of his political prosecuted brother and other victims of political repressions. It took him a long time to save enough money for the purchase of this memorial stone, but he died, before being able to put it up. For some time the stone lay about unutilized; then Fyodor Alexandrovich Lindt, who is from among the deported Germans, took action. The head of the district organization of victims of political repressions, Frieda Ludvigovna Shchukina (on the first photo together with F.A. Lindt) intervened. The Krasnoturansk businessman Viktor Edmonovich Banvemir, also a former victim of political repressions, contributed a flagstone to proceed with erection of the memorial. All the rest was then done by Fyodor Aleksandrovich’s hands – the good thing about him is that he is a real – juggler. Suchlike memorial for the people has not even been put up in the district town, but it was built in an entirely common hamlet. 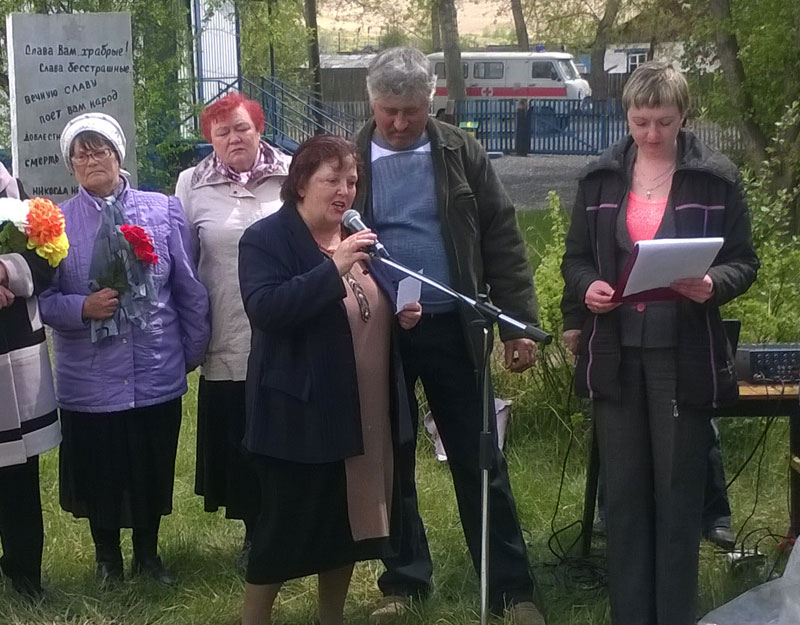 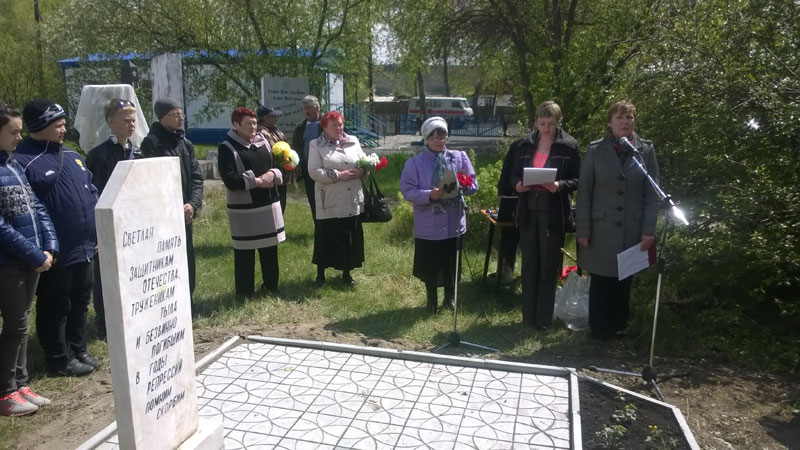 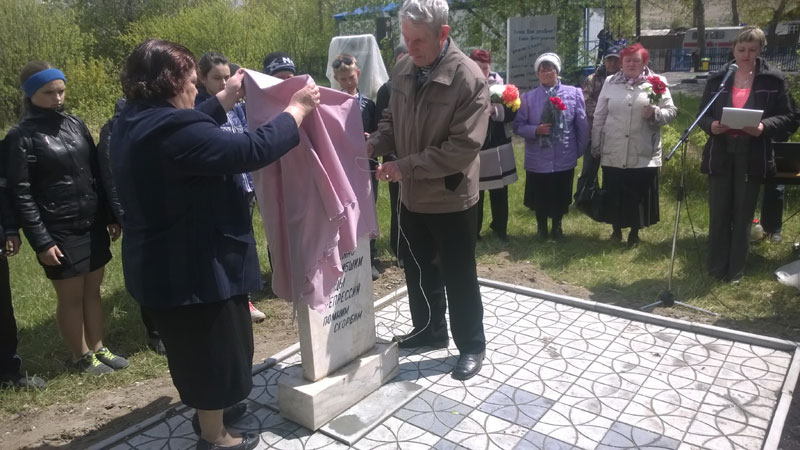 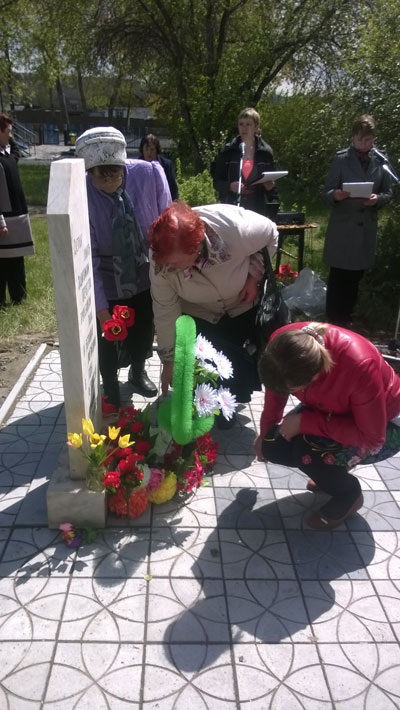 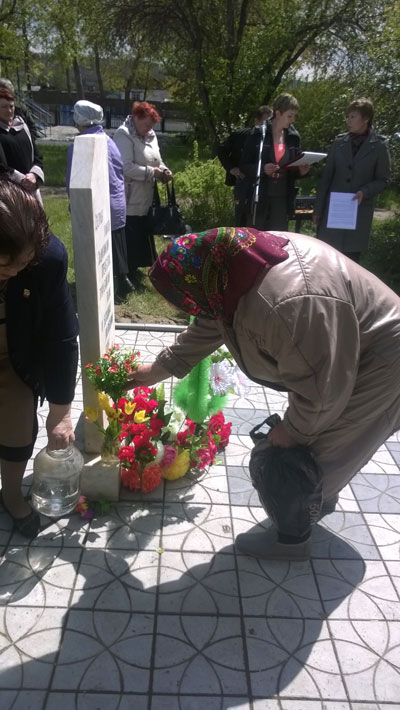 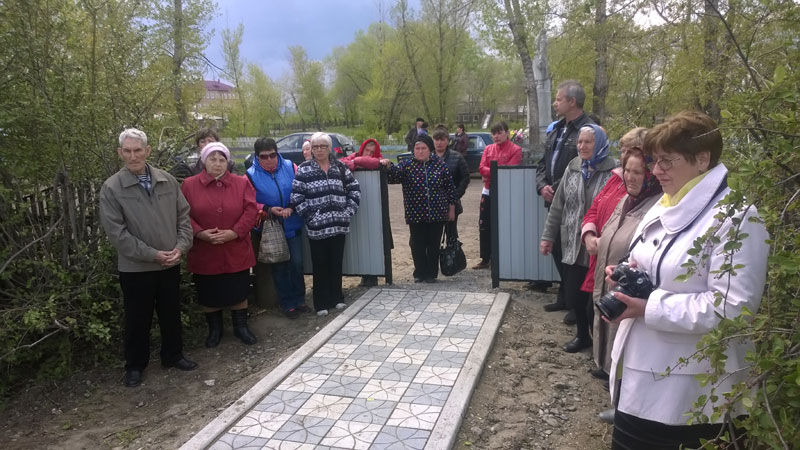 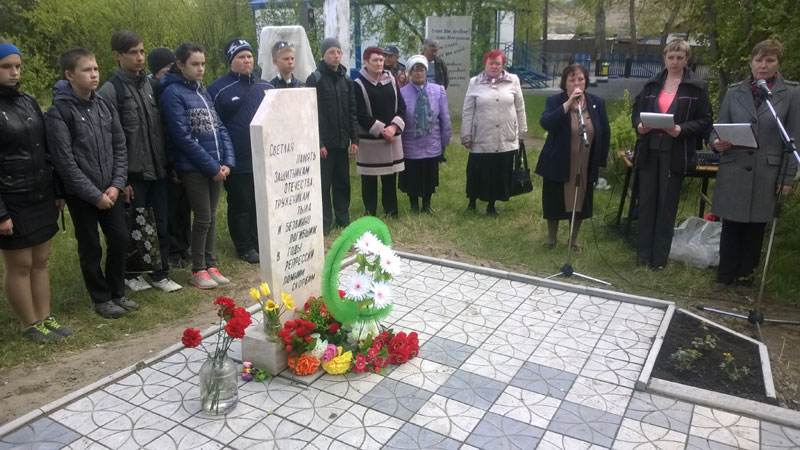 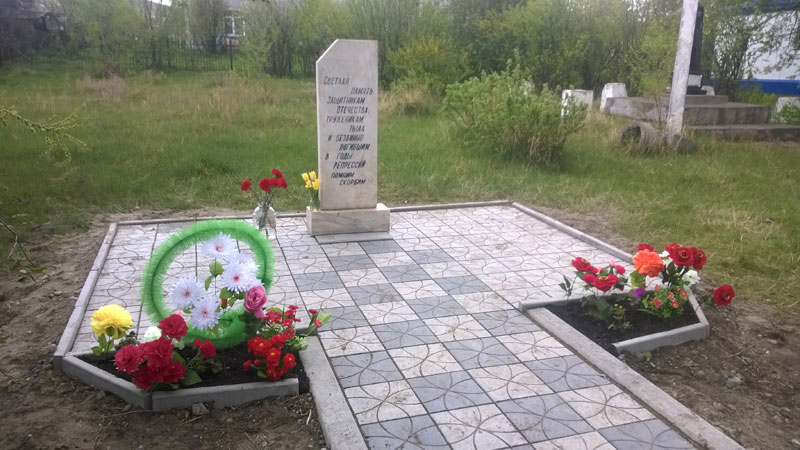 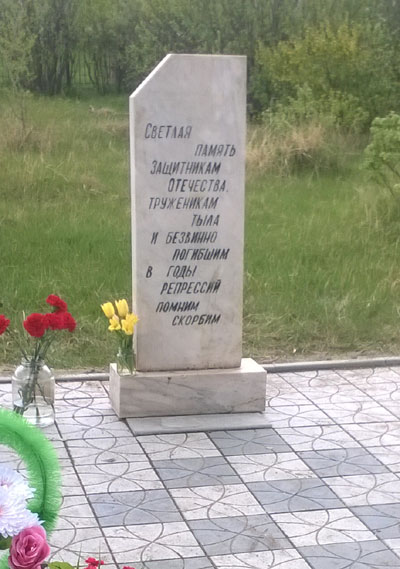