A unique incident happened to Vera Tobari, inhabitant of the city of Ktasnoyarsk. She was traced by her own uncle after 60 years!

The Krasnoyarsk "Memorial" Society ("Memorial" helps people and tries to trace the fates of victims of reprisals, who lived in the Krasnoyarsk region) received by e-mail an inquiry from the University of Tokyo: "Do there live any resettlers from Manchuria by surname Shavkunov?"

- The inquiry came from a Japanese called Masami Tobari, - tells Alexey Babiy, the chairman of "Memorial". - Masami works as a professor of archeology at the University of Tokyo. His full brother Kazumi married the Russian girl Valentina Shavkunova, they had children; but after the war actions in Manchuria in 1945 Kazumi perished, and nothing was known about the fate of his family and children. 60 years later Masami tried to find them by the aid of his Russian university colleagues, although he was not very hopeful that this would result in any success. 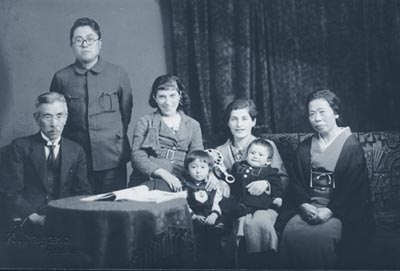 The simply started to look for the word "Shavkunov" on the internet and came across a page of the Krasnoyarsk "Memorial" Society (www.memorial.krsk.ru), on which the memoirs of Vladimir Shavkunov were published, a translator from Japanese, who became a victim of reprisals. He died a couple of years ago, but a little chain of fortunate accidents lead us to his niece Vera Tobari, who ist still living in Krasnoyarsk - the daughter of this very Japanese Kazumi Tobari! 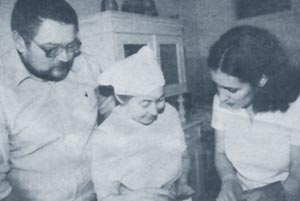 Vera Viktorovna bears her father's family name - Vera Viktorovna Tobari. Maybe, she really turns out to be the full niece of the Japanese, who started the search ...

Unbelievable but true: after 60 years the Japanese have found at random one of their relatives in Krasnoyarsk. Owing to the disposal of the latest information technologies this only took a few hours: it is literally true that on the same day, when the letter from Tokyo arrived, "Memorial" was able to find Vera Viktorovna and in the following helped to establish regular contacts between Krasnoyarsk and Japan.

Masami sent his family pictures from Japan, on which Vera Tobari recognized her father an mother. Such photographies also exist in the old album she is keeping! 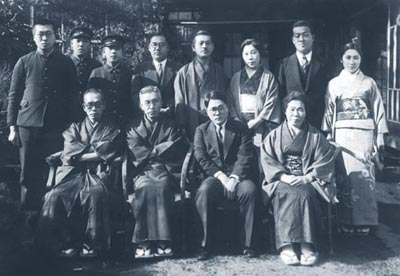 Vera Viktorovna's portrait was sent to Tokyo via "Memorial". From there came the reply: "Thank you so much for your kindness to send us a picture of Tobari Kuniko-san. All her relatives are happy that she is alive and in good health..." 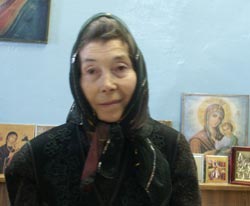 Vera Viktorovna is a religious woman, and this is her whole life. There is something inside her that distinguishes her from other people - distinct modesty, strictness, self-control and her characteristic appearance:  Vera Tobari - partly Japanese (drom her father's side), partly Russian.

When we came to her home we found her engaged in the redecoration of her apartment: onemonth later her relatives were supposed to arrive from Japan in order to visit her, and one has to welcome them as it should be. 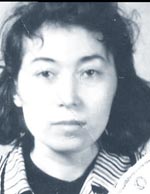 With some difficulty we persuaded Vera Tobari to tell us her story. The deeply religious and utterly modest woman does not consider her fate as being special ...

- My mother Valentina was the daughter of Russian emigrants, who took part in the construction of the East-Chinese railroad and stayed to live in Manchuria.

Mother was born in Kharbin, Manchuria, in 1900, where many Russians were living. At the age of nine already she was sent away into another family as a nanny, later she worked in a police station (deliver tea), and then as a waitress on a train, on the route from Europe to Asia.

At the age of 16 mother found work in a shop, where she made the acquaintance of my father, the Japanese Kazumi Tobari. He was twice as old as my mother, 32. Dad was a public officer of the Manchurian administration, a very educated man. He fell in love with my mum at first sight. Both almost immediately decided to get married. Dad even adopted the Christian faith; elsewise it would not have been possible to have a church wedding. The wedding ceremony was carried out with the church doors closed - many of the relatives were against this marriage and could have tried to disturb it. I was born there, in Kharbin, in 1935.

I had a sister, but she died when she was three years old ...

The Tobari family did not live in what one would call poverty. Vera even had her own nanny, which many families could not afford at that time. The atmosphere at home was partly Japanese, partly Russian. One room was covered with a bast mats, the other one - with a carpet. Many Japanese meals were cooked. Vera Tobari remembers that the almost always had rice for breakfast, lunch and dinner; and they ate lots of fish, shrimps, pancakes and Japanese miso soup. There always stood a big tray with sweets - as it should be in a Japanese family. 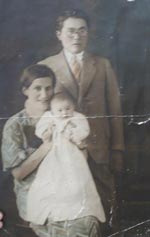 Vera spoke both languages fluently - Japanese and Russian. Today she can hardly remember a single Japanese word - in lack pf practice for so many years ...

The Shakunows and Tobaris soon faced the facts regarding Valentina's and Kazumi's bond of marriage.

- Dad was very kindhearted and finally found a common language with mum's relatives, - Vera Viktorovna tells us. - For example, he put some small amount of money below her purse when she used to visit us, which she then later found there. I remember him as being an admirably good, intelligent and considerate person ... 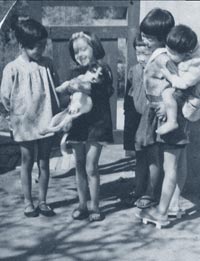 In 1945, when the Second World War came to an end and the Japanese were displaced from Manchuria, the life of the Tobaris changed abruptly. Tobari lost his life. How this happened, Vera Viktorovna does not want to tell us - better not. The 10-year-old Vera resettled with her mother and grand-mother to Sakhalin, and in 1956 they moved to Krasnoyarsk.

Kazumi Tobari's relatives succeeded in leaving Kharbin and go to Tokyo, where the established themselves for the years to come. It was impossible to get into contacts with them after the war. After the release of the aton bomb over Hiroshima the connections broke off completely.

- Mother always told me: "Vera, never forget about your father", remembers Vera Tobari.- I still have many photographies of him; I think I look quite similar to him. Mum died in 1990 without knowing anything about the fate of her father and other relatives. It was impossible, after all, to write somewhere; all traces had disappeared

And all of a sudden father's brother Masami found us himself. I have no idea, how he succeeded in managing this; I am very greatful to our "Memorial" Society, which, actually, rendered all this possible. In the very beginning I did not believe in this miracle. For the time being I do not know very much abour their life, we only exchanged a few short letters and photographies ...

- Do you think you will succeed in arranging a meeting?

- Masami, my uncle, immediately intended to come to Krasnoyarsk, when he learned about us. But I asked him to wait until the end of June. I just started to redecorate my apartment and try to put everything in good order, so that will be able to welcome them here in a human way. And then, maybe, it will also be possible that I visit them in Tokyo.