During the construction of this transformer station in 1975 workers found
mortal remains of people who were shot here in 1937 and 1938. 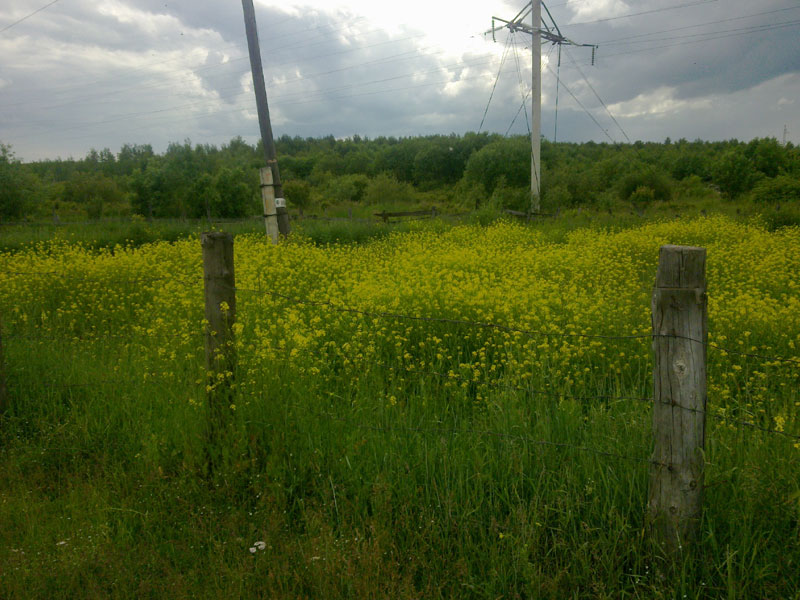 The mortal remains were partly loaded in a big wooden basket and afterwards dozed
into the swamp by bulldozers. The newly formed hill is now grown over with little birch trees.
Another part of the discovered remains were buried in a mass grave on the
municipal cemetery.
Meanwhile a memorial to the honor of the victims of political repression
was erected in this place

Interviews with victims of political repression Before going outside we have to take measures to protect ourselves from
blackflies and mosquitos – they are stinging and biting downtown, as well... 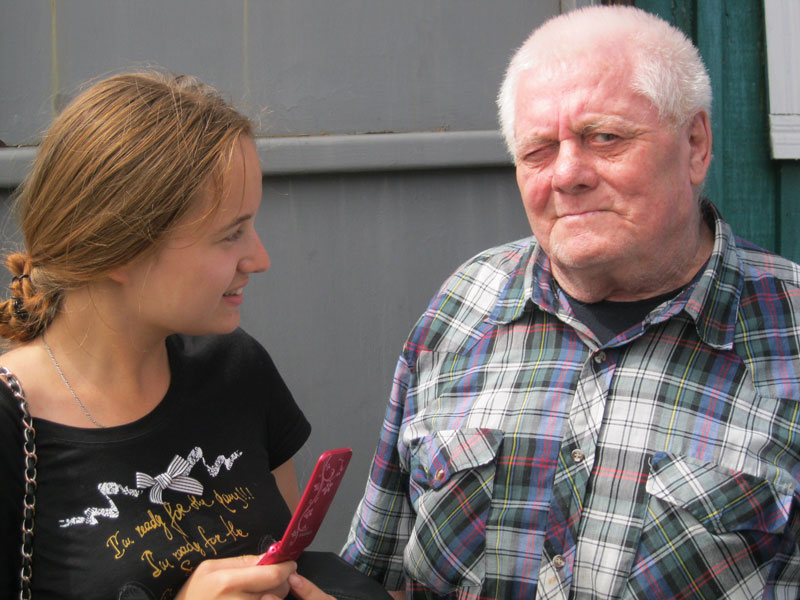 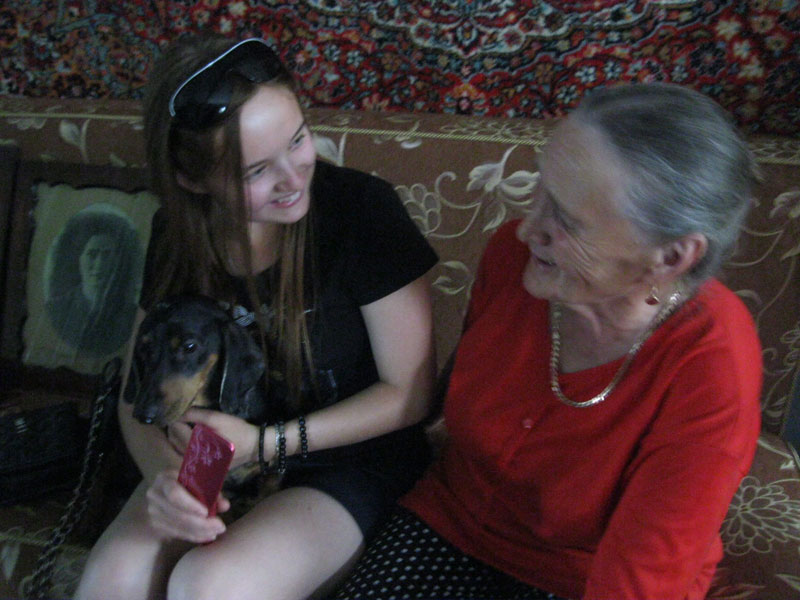 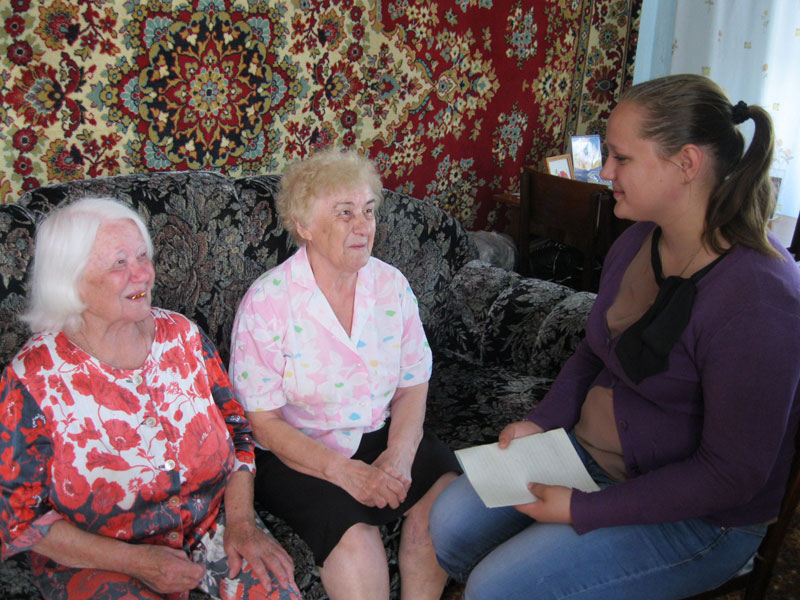 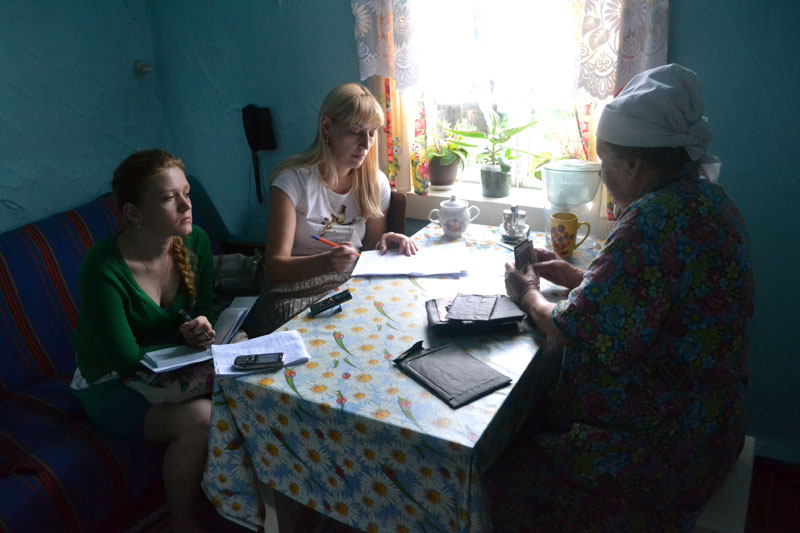 We receive recruitment from the Pedagogic Institute in Krasnoyarsk. 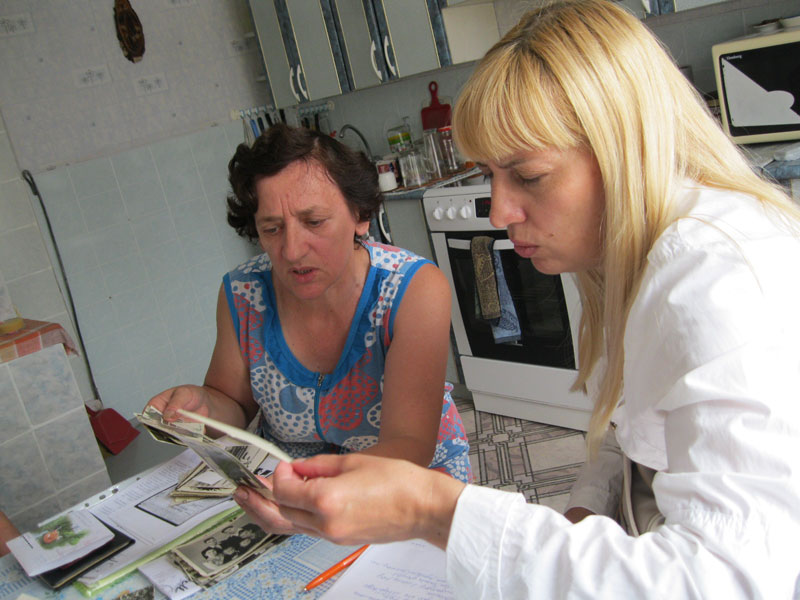 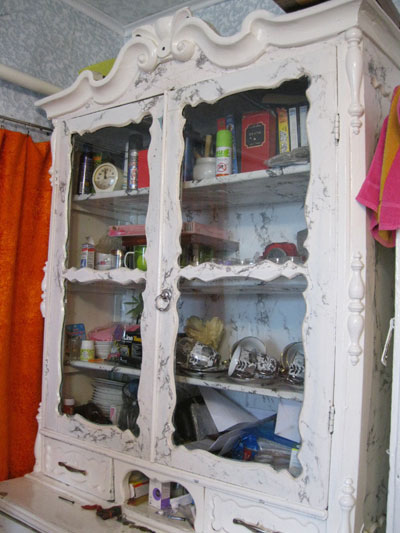 The Russian and German variant of this collected edition has already been put on our website. 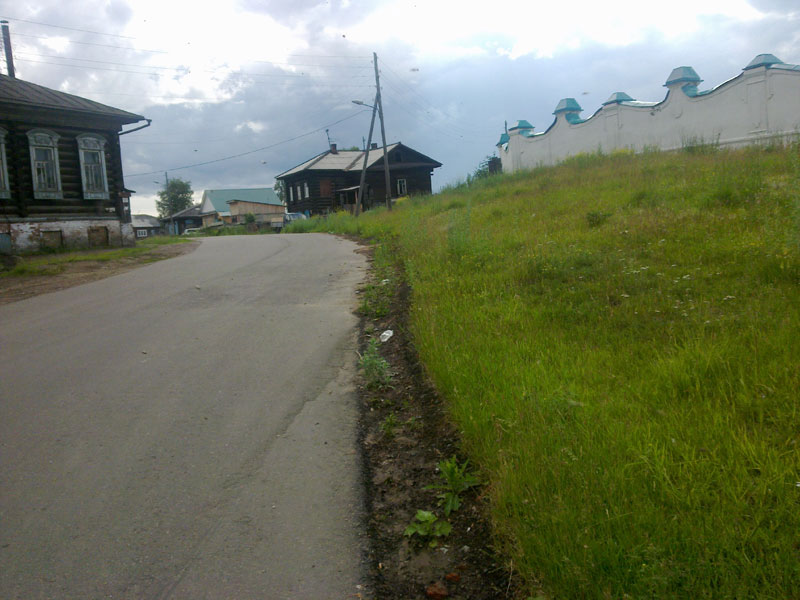 In this house, on the second floor, lived the exiled advocate and artist
Aleksander Ivanovich Darwin A plate with the inscription “NKVD” was hammered up on the wall of the
Monastery of the Transfiguration of the Savior.
The plate was only discovered nowadays during restoration work on the monastery. And in this house the philosopher Gustav Gustavovich Spet
passed the time of his exile. Guided tour in the Yeniseysk Museum of Local Lore. This model was built by Anna Knipper-Timireva at the time when she was working
for the Museum in Yeniseysk during her exile. Witnesses of the epoch 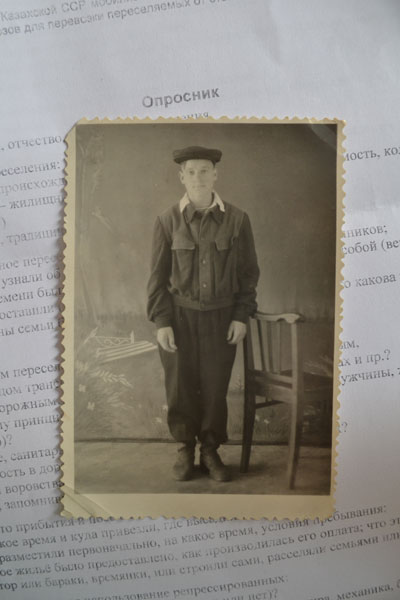 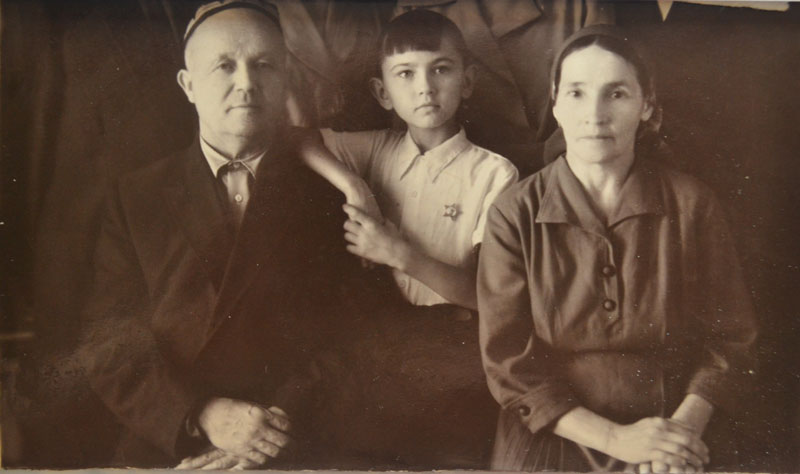